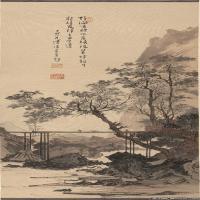 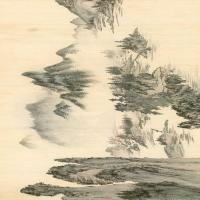 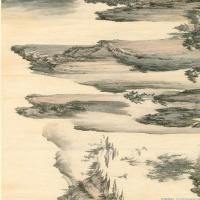 Yu Ying was the father of carrying yeup son. Yu's brother over to Uncle carrying Cheng, the passage of the king; the second and the third brother Yu Pu de mother settled in Beijing. Yu was born over 5 months you would head goods dingdai, 4 year old learning calligraphy, 5 years old at the Empress Dowager Ci Xi, from the content of "the ting, won praise at all on this clock Reiki child"; 6 years old 9 years old to poetry, his 12 year old Wen, known as Huang Qing prodigy. In addition to the juvenile Yu Gongwangfu Xiwen, also in the inner acceptance of "poetry aesthetic cultivation of hops fancies of men of letters". After the revolution of 1911, in Beijing Xishan Temple more than ten years, and then moved to the Summer Palace, specializing in painting. In 1924 moved back to Gongwangfu from living Jinyuan, involved in the society, began with Zhang Daqian and other famous painter. Two years later, he was in Beijing waterside Zhongshan Park, held the first exhibition of paintings and calligraphy works, with rich and varied fame, was honored as "the amazing shot, like Ma xia". In 1928 he went to Kyoto Imperial University of Japan coach, after returning to Beijing National Art College in spring, followed by Luo Qingyuan and his wife jointly organized by the exhibition, once again shock the Dan, chosen as "the first landscape in the north". In 1932, when the emperor Puyi in pseudo "Manchuria country", Pu brothers rush. Yu refused any pseudo post, and a famous article "Morrison" denounced the Puyi nine temple can not stand, not state continued, offering their ghost, in the moon ", then the" curse and exjunction gate, a cousin of his family as a ghost".
The winter of 1924 Xuantong palace, Yu Sui and Pu Xuezhai (No. Matsuyuki), Pu Yizhai (No. pine, pine (o) off the real number of loose housing), Hui (Songxi) with filial piety and established the famous painting groups in modern wind painting, call himself "pine nest". Shofu painting will be a main member of Beijing school, has been nearly 90 years of history.
In October 18, 1949, the new China established, Yu hidden in a small boat from Shanghai to Zhoushan islands perilous (when Zhoushan was still Jiang Jun, and according to) removed from Zhoushan to Taiwan, and taught at Taiwan Normal University, to supplement the family income, has been in the house since the opening of apprentices to Asia, lectures, and in order to get rejected by unworthy ancestors, first lady Song Meiling's Apprentice apprenticeship solicitation. In his autobiography, Yu Taiwan had mentioned in the period, as the cousin of Mrs. Pu Jie back to the mainland. The husband and wife together and looking for the lost the last empress Wanrong fall, the number of Japan; because Jiezhi Pu wife is Japanese emperor Showa aunt's daughter, so he went to Japan when the Japanese Imperial Palace also had lived, and the emperor of Japan chat together old; so that he was most impressed, Emperor Showa had asked him: "as the subjugation of the aristocratic feel?"
In 1959, the Taiwan History Museum held a special exhibition for him, and exhibited the works as many as three hundred and eighty pieces. November 1963 Yu suffering from nasopharyngeal carcinoma in Taipei died, only 68 years old, was buried in the yangminshan. In 1991, the eldest son of Pu Xiaohua Yu dying, home of gunmen invaded and killed his wife, because his father had left Xiaohua Pu hidden in the wall, to search the criminals; after the death of Pu Xiaohua, but the Pu's management team remains divided into three fragments, respectively by the Chinese Culture University Museum, Museum Museum of Taipei the Imperial Palace gang with a history of hosting.
Yu of these treasures include calligraphy 175, 292 paintings, 13 pieces of calligraphy and painting and other collections, inkstone, seal, porcelain and other 58 parts, a total of 543. The size of the paintings, calligraphy, notes, notes and manuscripts, hundred pieces of Hua Kang Museum hosted the the Imperial Palace; hosting the masterpiece, sketch, vertical, scroll and taste, and includes rare ghost album, journey to the West and painted porcelain, copies of disk and four slightly drawn from the comics, this is Yu communicate with people in foreign countries during the period of essays. In addition to Taipei, Jilin Province, the museum also has a lot of Yu masterpieces; Museum of Beijing the Imperial Palace town homes treasure Chinese the earliest "calming post" and handed down the ink in the Tang Dynasty Han Gan "night shining white", that was the old Yu tibet.
Yu traditional positive pulse, by Ma Yuan and Xia deep influence. He is rigorous in traditional landscape painting process based on flexible, to create a new, create their own style. The special status of the Qing Dynasty Royal Yu he realized after the dull glory, splendour, wealth and rank life is defined, and he in his paintings to create ethereal realm of amazing grace. "Since the" cloud Xuan poetry side, "in the past thirty years, Qing Yi pro, in poetry and famous in literature, Confucianism is very thin....... At the end of the Qing Dynasty have not known, into the Republic of China is significant. Ma Zong Xia Song painting, to the court, in particular the United States tiyong. Character Gao Jie, today's Zhao Zigu also. His body is especially in rhyme. "

"Songshan hut map"
This is a rare miniature landscape, but with a big picture of the momentum. Close a strong solution by the angle of rocks and then dyed with green shade written; a wall leaned out of the cliff face painted above the medium, two strains of pine and several thatched, indoor empty, full of former charm; the back is still at the top of Castle Peak with mountains in the rain Cun clusters, close to freehand the bird with ink or color brushwork paintings; color with green and ocher gradient. Although the composition of attention opened the three levels of space, but not to that song yuan landscape self-sufficient feeling, but a clear sense that people seem to intercept, also saw the banner outside cascade mountains. This feeling is the painter carefully refined cutting results, is also the picture ones. Rocks, pine, hut is the common elements of Yu painting, and often hill house at once; leisure, it is a manifestation of old-fashioned, but rather the painter felt in the chaos of a nothingness. Compared with the ancients, people are more and more distant from the pure nature. Yu a is also in the history of chaos in a vagabond, but he has always maintained a yearning mountain hermit heart, and as the chaos of the unique spirit of distraction, his heart is resting place. It is this feeling and demand that makes his works and the general blind retro make a difference in nature, it is touching.
Yu painting strokes with the north were heavy quaint, and in the mood has shown Southern Xiao far indifferent. The so-called "quiet Zhiyuan is depicted such a feeling. However, "the eternal things, is Cunxin know", from the interweaving between style and elegant picture in the deep sound light leisurely mood, we can appreciate the vast profound feelings of the artist.

Yu was bright, hard and often, although in more unfavorable factors under the pressure, he still has the literary and artistic achievements of high show. He hopes to learn the life industry for governance, science and reading by starting with ya, Shuowen, exegesis, poetry and ancient poems concerning all classes of authors, the Kung Fu deep and refined, so as not to rest. The literati painting. This makes his life will be full of energy to the creation in the painting, but this is his deficiencies, but also therefore made his style with a clean and elegant humanistic qualities, for the ordinary people are not.
Yu style no history, by the ancient calligraphy and paintings to be formed into scholarly poetry, he was born to the royal family, so many treasures, many natural view of understanding of the opportunity. He has a collection of early Ming Dynasty landscape painter anonymous scroll fine Liya Jian, Fukami Toshiro, the club is in the north of family, an atmospheric fresh feeling with the picture, Pu's writing this volume to all. So the landscape by far after song Liu Li Ma Xia, in four Tang Yin took faming, with straight Jian Jin Xiu, the so-called iron zoned Yingou, this road will beizong bold brushwork - ax cracked performance characteristics analysis without rest, and has a beautiful and elegant style, reproduction of the ancient people the spirit of painting.
Observation of Yu's works, any part of the screen, in terms of performance techniques, forms, and thoughts, the mind, fish farming and literati Qiao God fun yearning for the world, and far people understand things in business, and the natural affinity of cosmology and culture, cultural structure, it is completely keep the traditional spirit of the literati, China standard of agricultural society, and refused to communicate with the world, civilization structure of modern industrial society, may. However, his works did not fall in the classical form is rigid, real and exciting and the meaning of life, because his world was so.
From the external performance of the Pu's art form, he does not seem to be a novel extraordinary originality. However, the creativity of art is not only focused on the external form of the old form of consideration, meaning the interpretation of the new life, then there is another important meaning of creation, but it is difficult to observe by the surface rough to cognition. In this regard, since the Republic of China art history research is not given due Pu's review.
Yu
However, in the era of Yu sense, Yu also represents the traditional culture, Chinese intellectuals, in a typical, value orientation, many reactions in the face of the world new culture transformation. In the background of Pu's form, even if he had an early study of Western European study background, I am afraid that wouldn't make him like Xu Beihong, played a positive for the reform and the role of communication between Chinese and Western culture. The reasons for this, on the one hand, from him on the traditional culture, the height of wisdom and valuable experience and profound identity; on the other hand, because many intellectuals face strong Western cultural impulse, arrogant self-esteem performance standard. The position of adhering to the traditional culture, although can be seen as extreme conservatism, the induction times pioneering or inadequate, but in another layer of great significance, but he kept the humanistic spirit and the value of a traditional continuation of the times, which makes it possible to develop his successors in modern humane spirit with the new style.
Mi Fei, Wang Yu, cursive, Piaosa Chang intoxicated, he advocates strength, emphasize the book first XI heart print characters, strokes, intended to keep potential, so can the vigorous vigorous beauty of calligraphy, xiuyi. The small diamond sutra pen works artistic conception high ancient, vivid, wonderful. Yu not only painting, and since poetry and books, old age often said to his disciples, saying he called him as painter, calligrapher, called him a book, called him as a poet, seen his own poem heart value. 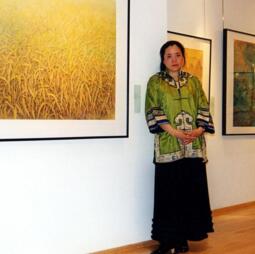 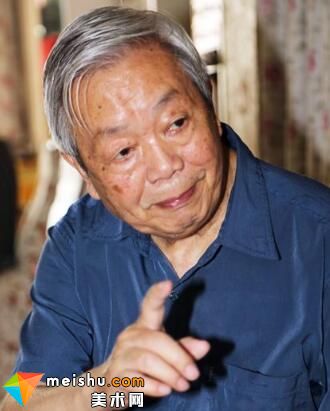 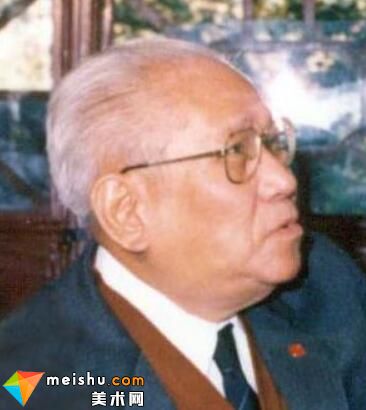 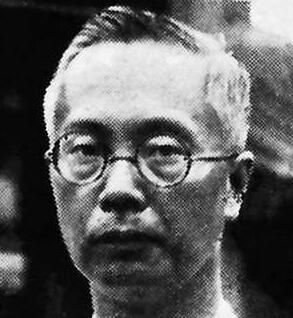 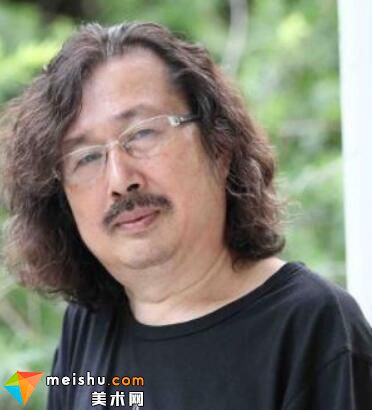 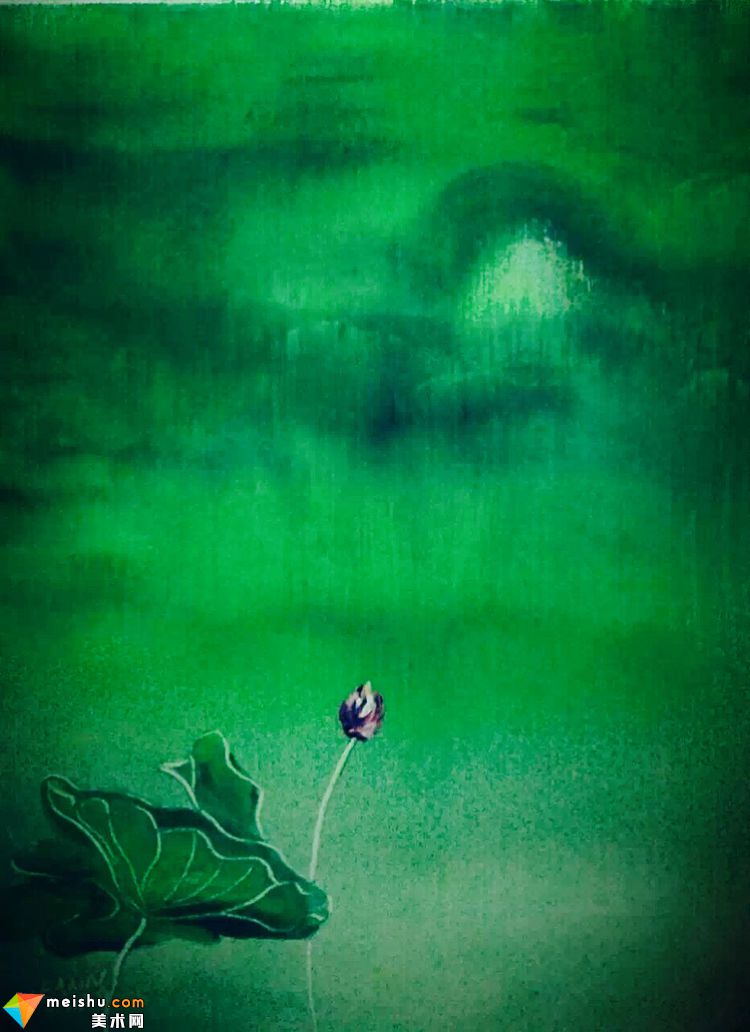 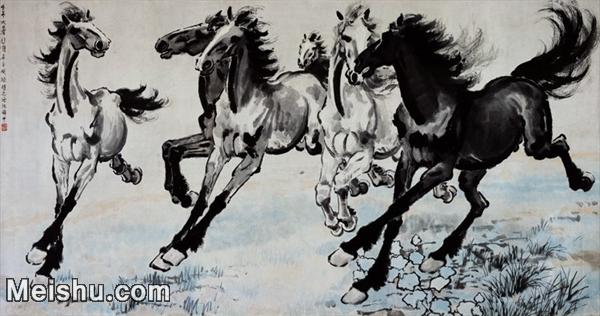